I must be one of the lucky video gamer guys who finds a girlfriend who plays games. I know that the chances of finding one of them is pretty rare, comparable to winning the lottery in some cases. Now I didn’t go into this relationship knowing that she was a gamer, it was something that I gleaned over time. Here’s how it happened and how I developed her into a gamer.

It started out when I saw the Wii at her apartment the first time I went over there. I 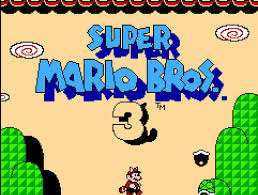 asked her if she played games on it, and she said she used it primarily for Netflix, typical. But when I first told her that I was a pretty big gamer she said that she LOVED to play Mario, especially ‘Super Mario Bros. 3’, which is one of the best Mario games in the series in my opinion. The first time I brought her over to my apartment we ended up playing a session of ‘Super Mario Bros. 3’ on my Wii (Virtual Console style) and to my surprise she was actually pretty good at it. 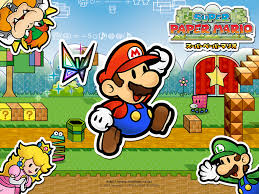 After a few months of dating we became very close (more like she was my best friend). One night she was looking through my Wii games and she saw ‘Super Paper Mario’ (one of the best games in the Mario RPG series imo), and she asked if she could play it. I told her that it wasn’t a conventional Mario game and that there was a lot of dialogue and RPG elements. She didn’t care she started playing it anyways. I sat and watched as she started out, she skipped a lot of the dialogue but she enjoyed the gameplay. She stuck with it and eventually (with a tiny bit of help from me), beat the game. I was impressed! 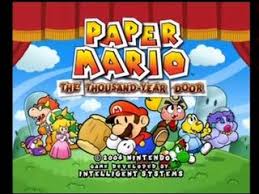 Mario’ for the N64 (which I also had for Virtual Console). After the quick introduction to the turn based battle system she also enjoyed that game. She was a bit disappointed that the combat wasn’t real time like it was in ‘Super Paper Mario’ though. After a few weeks she eventually beat ‘Paper Mario’! 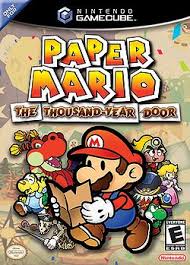 Now she just recently started playing “Paper Mario: The Thousand Year Door” (Gamecube), but she is hooked to these types of games. I’m not sure what she’s gonna play next since the only other Mario RPG game is “Super Mario RPG” for the SNES which I tried getting her to play but she couldn’t get over the graphics (“Super Mario RPG” is one of my all time favorite games).

If you have a girlfriend and you want to share your hobby with her I highly recommend starting her out with something simple (like Mario) and building from there. I also got my girlfriend hooked on “Animal Crossing” for a while, but it got boring for her after a while. The only problem with getting your girlfriend addicted to games is that you have to share the television with her then, which is a problem because Halo 4 just came out and I couldn’t play because she was playing “Paper Mario: The Thousand Year Door”!

Donations will be put towards upgrading the site. (Buying streaming equipment, podcasts, and hiring content writers.)